Posted by Rick Baines in How To Do It , Followed with 2 Comments.

Recently saw this fantastic post by Joe Horner on the CT forum, who has kindly allowed me to repost it as an article here:

A couple of weeks ago I was thinking (as you do) that it might be nice to have an ignition scope for tracing those obscure little misfires and stuff.  Only, they ain’t cheap and I like cheap.

So I got to thinking that a digital scope is only a bit of sampling hardware and some software to display the results.  Now, just about all computers nowadays have sampling hardware (it’s called a sound-card) and there was free oscilloscope software available for Linux, which is what I use.  The only problem is that most sound-cards are going to get very upset indeed if you plug even the primary ignition of a car into them – you get spikes upards of 300v when the points open and PCs don’t like that.

So I looked on EBay and found someone selling (brand new!) USB soundcards for £1.45 (including postage!!!) on Buy It Now and promptly bought one.  Then it was just a case of another fiver or so of assorted”pound-shop” stuff to make up connections, leads and robbing my parts bin for a few resistors to drop voltages, and I was set to play today…. 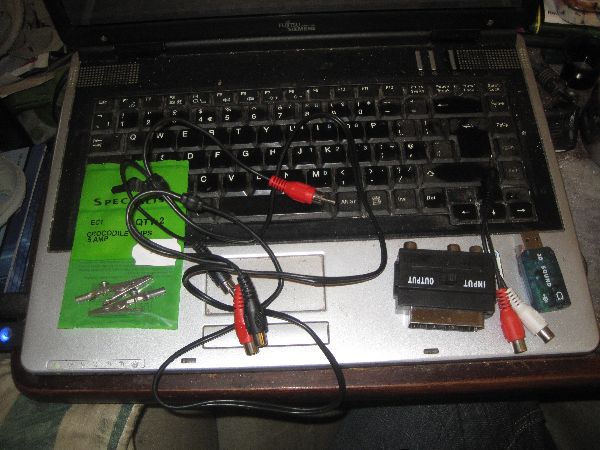 First thing was to get some idea of the input impedance of the sound dongle: 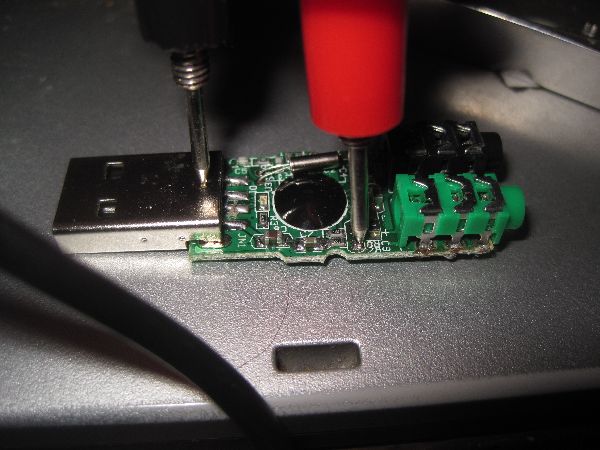 which turned out to be 25K ohm.  A quick raid of my bits bin didn’t produce quite the ratios I’d hoped for but I managed to get about 12:1 and 23:1 which, by feeding that into the 12:1 gave roughly 275:1.  Good enough seeing as the xoscope software I was going to try it with doesn’t have voltage calibration anyway

So, we rip out the SCART bits: 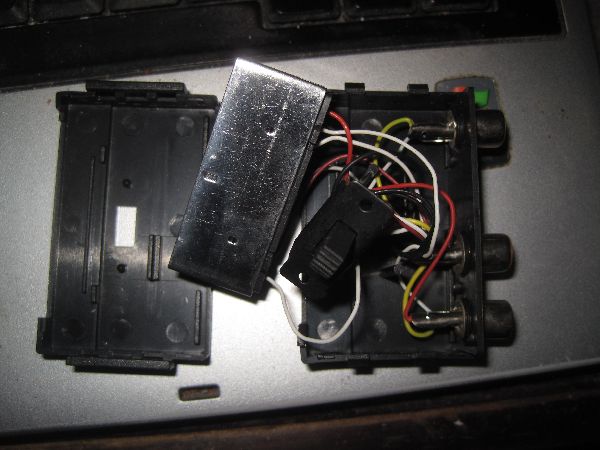 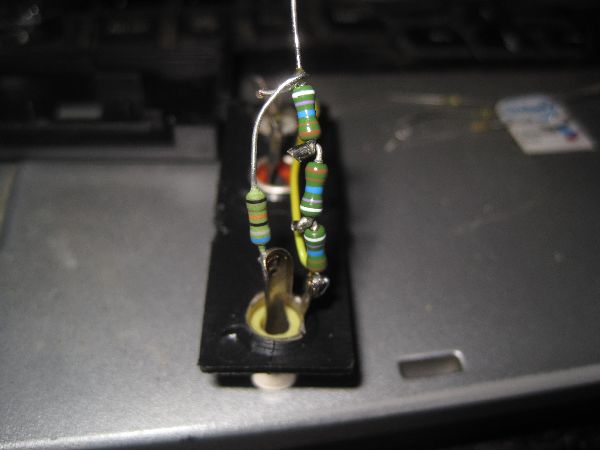 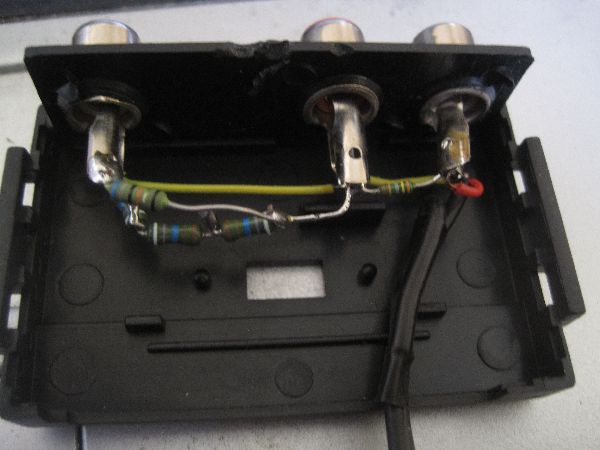 Then cut the &quot;socket&quot; end off the cheapo phono lead and add a couple of croc clips.  Ready to go: 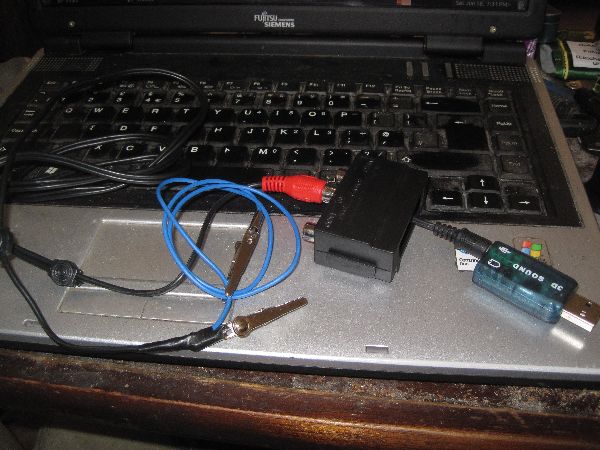 Took it and my lappy out to Matilda the Daf, plugged it all in, clipped it across the points, and started.  It works! 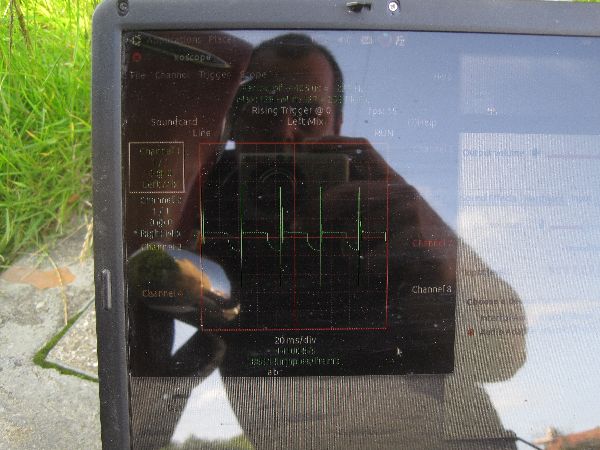 with a shorter timebase, nice clear pick of the two cylinders firing: 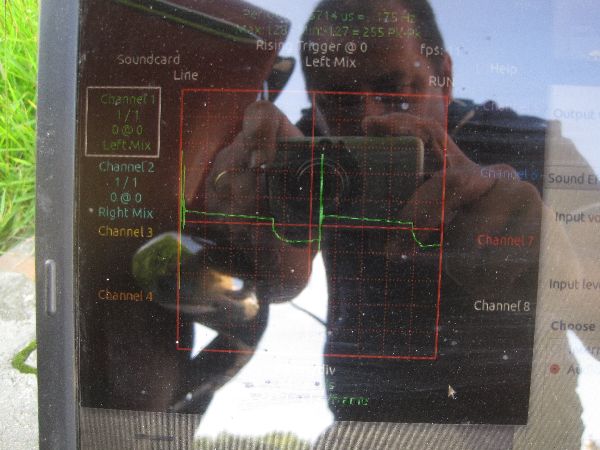 Finally, a quick video of it running:

As you can see, at the end on a 10ms timebase she’s idling at about 600rpm (100ms per revolution) and has about 33ms dwell which works out at:

So there you go – £5.62 spent and I was looking at an ignition trace good enough to count RPM and dwell angles on.  Also to confirm that the dwell is nice and stable so no wear in the distributor.

Next stage is to tidy it up a bit and start writing software to give more “car orientated” functions like automatic calculation of rpm and dwell.  Plus try making up some capacitive probes for monitoring the HT leads

I’m planning to sort out some proper software for it because I can’t find any free Windows scope software at the moment.  Linux users can play with xoscope, which is what I was using here:

might be worth putting a note that, if you try it, plug it into the “high” output first and work your way down to be sure you don’t zap the dongle (or your laptop if you’re brave and plug straight in :p ) – Joe