Amongst many great cars my Dad used to own, was a Mk.4 Spitfire in mimosa yellow. He bought it in Bradford in 1977 with just over 20,000 miles on the clock, and kept it until around 1980 when it was sold to his friend Howard. He’d planned on keeping it, but after a drunk driver ran into him causing extensive damage, the car was never quite the same (despite being repaired with a brand new bonnet amongst other things) so he ended up parting with it. 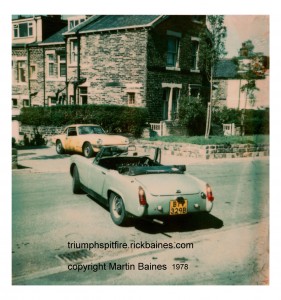 Parked outside his old house at Ivanhoe Road, Bradford, with his friend Phil's Austin Healey Sprite 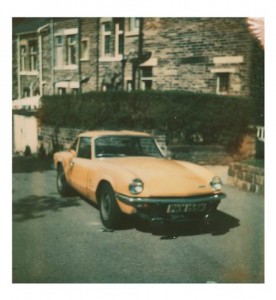 It had a pair of Lucas LR8 driving lamps fitted 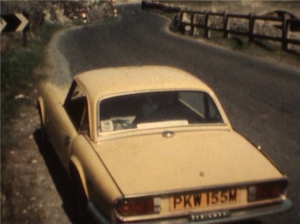 In the Yorkshire Dales 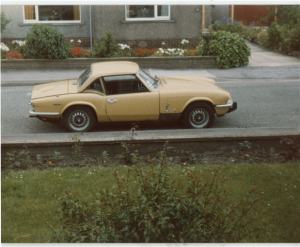 By now it was owned by his mate Howard, who had painted the sill black.

If anyone has any information on the car I’d love to hear about it, according to the DVLA it was last on the road in 1988 and hasn’t been taxed since. It also appears to have been repainted in red!