Posted by Rick Baines in Fuel Injection , Followed with Comments Off on Working on Sequential Injection / First Drive

I’ve blocked off the idle valve as I can’t seem to figure out how to work it yet, but that can wait until an evening as it doesn’t cause a large amount of noise. Going to take the car out for a drive in a bit, just waiting on a mate to bring a fuel siphon as the tank is running really low.

Last night I got the cam sensor installed on the distributor, it’s almost like it was made with this in mind. I used the hole where the grommet used to go to let wires pass out of the distributor, as a means of securing the gear tooth sensor to the distributor. One washer was all it needed to set the gap about right, hopefully the cam sensor will work with this rotor arm keyway. The only other thing I’ll need to do is make a cutout in a dizzy cap so it will sit neatly on top and give it more security from movement. 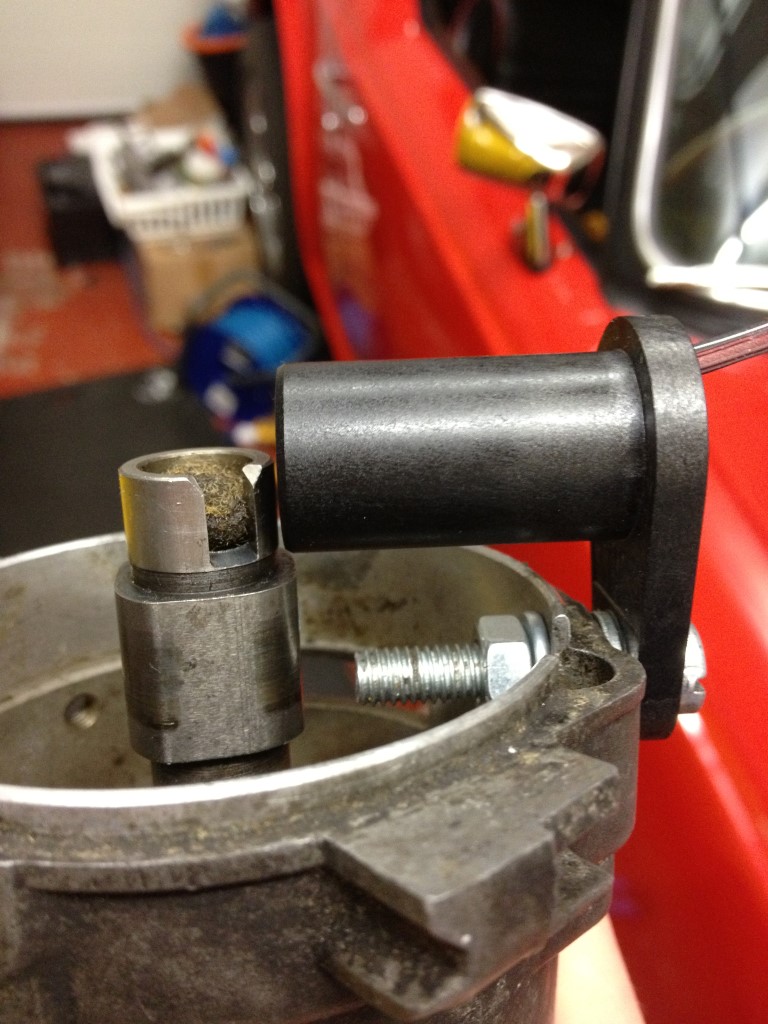 Right now I’ve just got everything around idle and slight load set to 13.5 until I finish the installation, eventually I’ll set it to idle at 14.7:1 with sequential, and lean it off on light throttle cruise to about 16.5:1. Won’t bother trying anything leaner until I can get near a rolling road.

With sequential you find the best setting by varying the angle of injection – this is really simple. You keep changing the angle on the ECU settings at idle until your AFR reads about 1 point richer – then you know that’s where the fuel is mixing the best, and you then lean it back off to get your target AFR. So you end up using less fuel to get the same result. More *efficient* combustion thus will give better fuel economy and better throttle response. 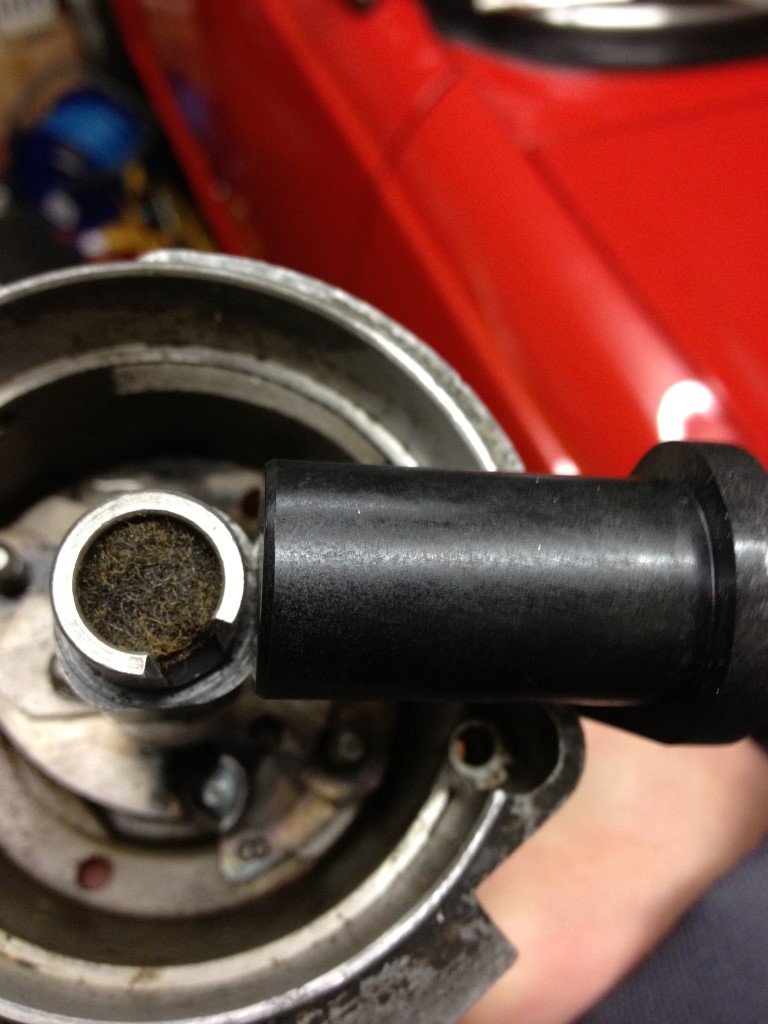 Went for its first drive today, can’t believe how well Megasquirt will make the car drive out of the box – at low speed it was already smoother than carbs, and the higher RPM ranges became driveable very quickly – they were far too rich at first (ie AFR about 9), which is a better situation to be in than too lean.

Have something I know you guys will enjoy, a video of my first drive with my friend Adam controlling the laptop. We then took it to fill up after filming this and got pretty much every area of the map a rough tune, but its a nice little introduction to what goes on when you first take a megasquirted car out for those who have no experience with it.