Posted by Rick Baines in Fuel Injection , Followed with Comments Off on Driving Impressions

Had the car out again yesterday, have pretty much perfected the VE table (in the sense that it perfectly matches the target AFR for each part of the map). Only changes it will need now is any leaning off I decide to do to help fuel economy, though it’s amazing how much is already being saved with overrun fuel cut. Can now also start playing with injection angles to see more benefits from the sequential.

I have three issues now to address – firstly, still need to get the idle valve working, though Tim is lending me his so hopefully the solution to that will be discovered when it arrives. Second, the Smiths tach only worked for a bit before conking out, but Nick’s kindly emailed me a suggested circuit to implement so will get that working when I next do some wiring on the car.

Lastly, the car has a bit of tendency to run on after shutdown – this was even evident in the first video I put up, where I had to pull the plug leads to turn the car off. From what I’ve deduced from the forums, it’s possibly because the alternator warning light is supplying voltage to the Ignition +12v circuits after shutdown, thereby cutting the key doesn’t always cut the injectors/ECU/etc. Have any of you guys experienced that, and how did you implement the diode trick to fix it (which diode # and where)?

Regarding driving the thing, it’s really hard to emphasise what a difference fuel injecting the car has made. I’m actually scratching my head as to how the car has so much torque and low down oomph because the engine is still completely standard inside. Just three bolt on modifications (exhaust system, wasted spark ignition and megasquirt) have taken a car with a pathetic amount of horsepower and turned it into something that actually out accelerates / out drives a TR6 under 50mph in most scenarios.

Peak horsepower probably isn’t much higher than it was with the 4>2>1 and carbs, and it still trails off over 4000rpm due to the cam it’s got, but it’s largely irrelevant because most of your driving isn’t done at peak horsepower. That flattening of the torque curve, and the throttle response, make all the difference in the driving of the car, and I think sequential injection has been a big part of that as well. If you took someone who wasn’t particularly initiated with working on cars and camshafts etc, and sat them in a standard spitfire then this one, they’d probably tell you after driving them both that the fuel injected spitfire had double the horsepower, because that’s how it feels. 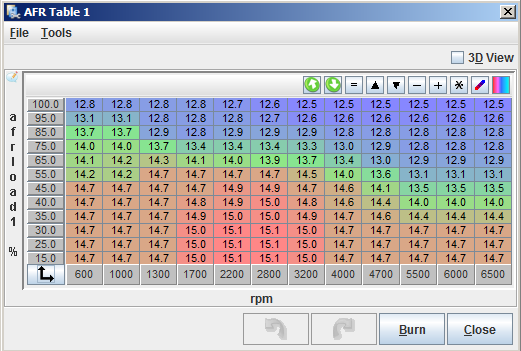