Home » How To Do It » Footwell Lights

Posted by Rick Baines in How To Do It , Followed with Comments Off on Footwell Lights

After a tipoff from fellow Spitfire owner Martin Wood, I came across some really cheap LED lights on ebay that can be installed in 12v car wiring. They come in the form of a 30cm strip with self adhesive backing, and are very bright!

They’re a lot brighter in person than they look in this photo, and make the gauges look relatively dim in comparison. I opted for green to match the instrument light colour, which has given it a bit of a Batman Forever Batmobile look!

The drivers side in both photos is more representative of the actual green shade. 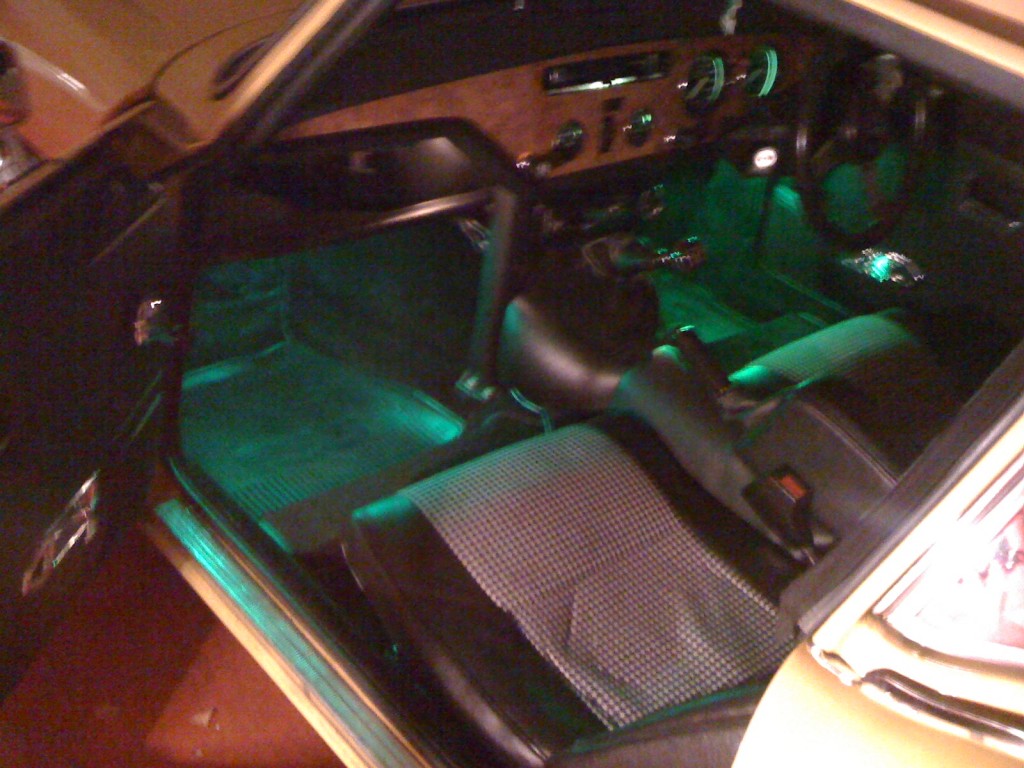 The original idea was to wire them in so they could be switched on and off independently of the courtesy lights, but ultimately I couldn’t be bothered and just wired them up so they came on when the doors are opened by splicing them directly into the positive and negative wire for the actual courtesy light bulbs themselves. The second photo shows how they look with the garage lights on indoors.